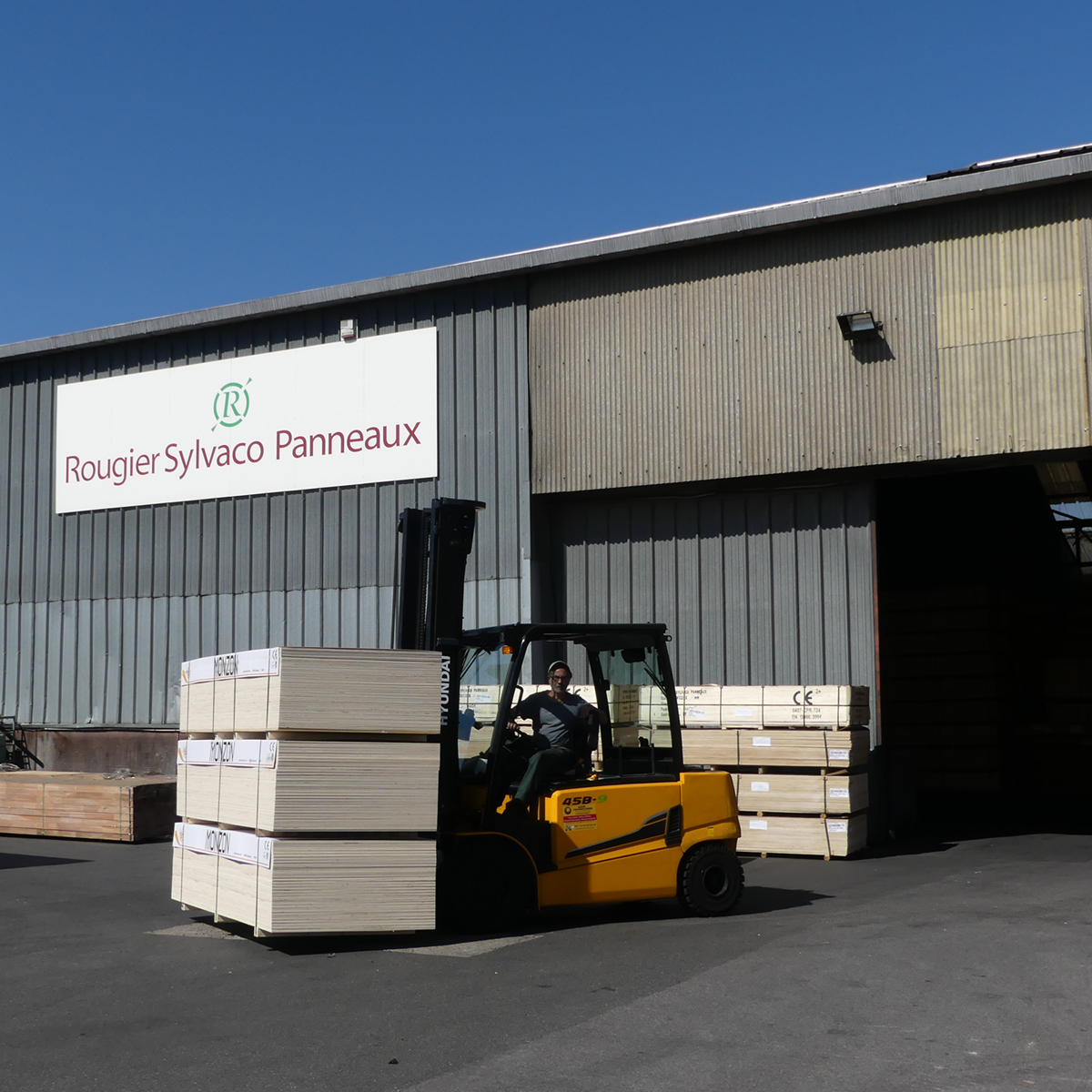 Distribution company Rougier Sylvaco Panneaux was established in 2014. It evolved from the merger of two companies: Rougier Sylvaco for the timber side of the business Rougier Panneau for the plywood side.

The annual average stock held on this site is around 3000 m2 and to move these goods, the company was seeking forklift trucks able to lift 4.5 tons. "An average load weighs around maximum 1 to 1.5 tons. This is where we unload, stock and load the heavy goods vehicles, so there's a lot of forklift movement here starting at 8 in the morning till 4 in the afternoon, every single day. What's more, the operators might need to stack piles up to 7 meters in height, so we needed appropriate lifting heights. In a single day an operator can be asked to unload and load up to 2 or 3 containers and 7 fully-loaded heavy goods vehicles. So we needed forklifts that were resistant, comfortable, easy to maneuver inside the warehouse, and powerful" explained Sylvaine Gottlieb of Rougier Sylvaco Panneaux.

So it was natural that they approached AZUR Technologies, the Hyundai Material Handling agent, and selected the 45B-9 forklifts on a long-term lease with a maintenance and repair contract.

The company wanted to replace its forklifts, but at the same time wanted to go all electric. In its awareness of the environment and of its drivers' well-being, the company opted for 45B-9 electric forklifts from Hyundai Material Handling.

Delivered last April, the forklifts will be in use for around 800 hours every year, and as soon as they started to use them, the operators quickly took them to heart. "We adapted very quickly. These forklifts are really great to maneuver; they are very comfortable and a lot less noisy that the previous model - not to be sniffed at when you spend six hours a day on board. What's more, they have very many fittings as standard, and as for battery operating time, we recharge them every other day " explained Frédéric Loué, who has been driving forklifts at the company for three years, and delighted at no longer breathing in exhaust fumes.

Maintenance is another plus point for these forklifts. It's much less expensive than before because there is no oil to be drained, and no need to change filters.

The company is satisfied with the way the forklifts operate, "we didn't think that an electric vehicle would have such a good lifting capacity. They really are the forklifts we needed", stressed Sylvaine Gottlieb.