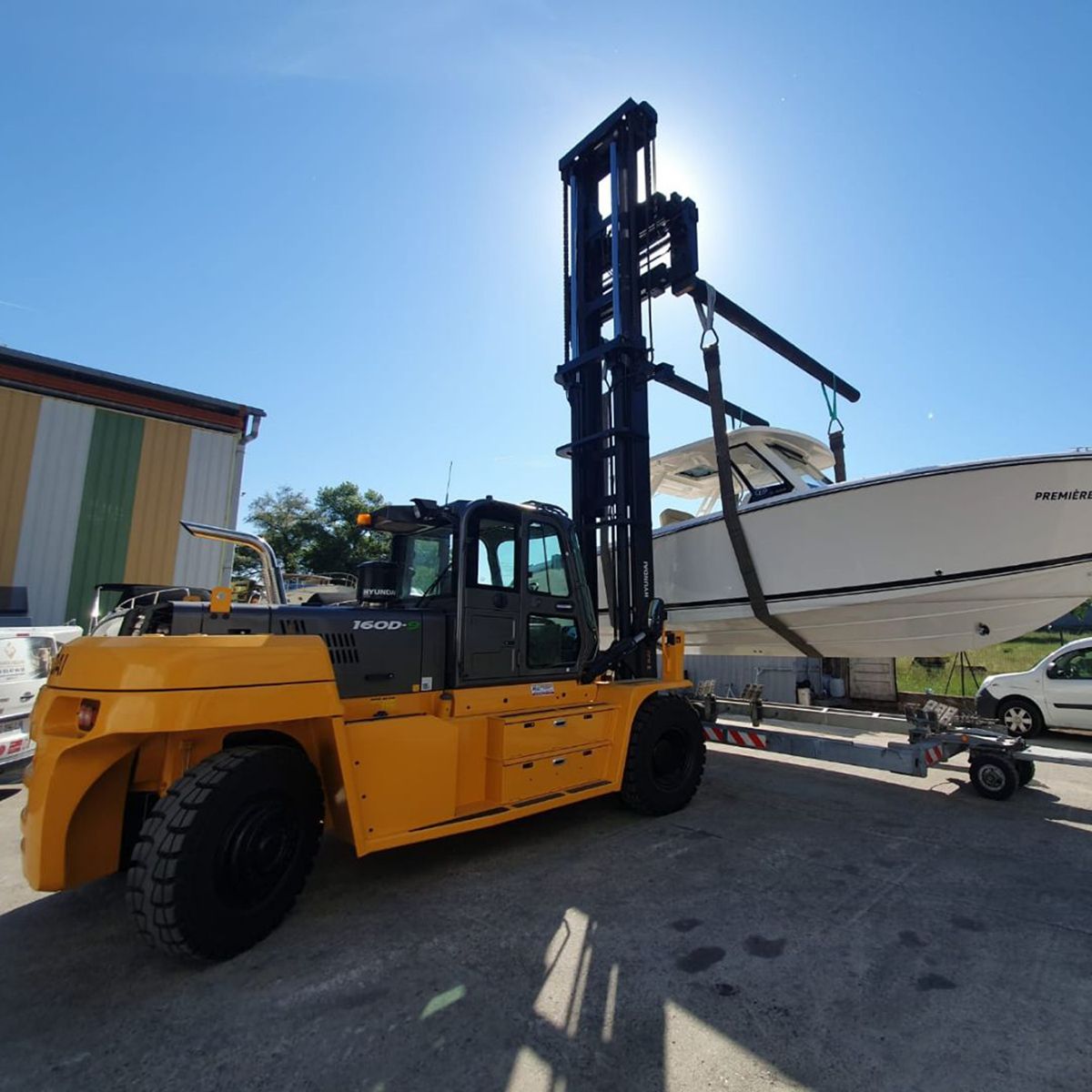 EGETRA began its life in 1947 with its founder Yves Poitevin. Today, the family-owned group of companies is headed by Rémy Poitevin - representing the 7th generation of the family. The family company has more than 400 members of staff, and records annual revenues of EUR 74 million. The head office is at the Goussainville logistics hub in the Paris region, where more than 3000 heavy goods vehicles pass through each month. EGETRA also maintains airport agencies at Roissy and Orly. The group consists of some fifteen separate agencies (Bordeaux, Toulouse, Lyon, Le Havre and more) and a sixteenth was established in Marseille last June. The group is also active in Germany, Romania, Singapore, Canada and Morocco, "and further projects are coming up in other countries," stressed Pascal Herry, manager at the Le Havre agency.


The Le Havre agency, which opened in 2006, has 23 members of staff, four of them working in the warehouse, which covers a total area of 2000 m2. Besides standard freight, this agency has specialised in heavy packages, weighing anything from five to 50 tons and above, as well as bulky items, and it is precisely this that makes them different to the other agencies. In fact we deal with packages, tubes, metal crates, or wooden crates, weighing anything from five to 50 tons, and which cannot fit into a standard container," added Pascal Herry.

And since this side of the business was growing so much the manager was looking out for a new 16 ton forklift truck. At first, they looked at a second-hand forklift, but on reflection, the agency decided to purchase a new one - from L2M, Hyundai agents. "In fact we were seeking a forklift that can provide power and flexibility for our day-to-day work, not forgetting safety and comfort," emphasised Pascal Herry. EGETRA chose the 160D-9L from Hyundai, "because we also needed the truck to be able to get into our storage area. Anything bigger than 16 tons would be difficult to maneuver inside the warehouse." On this model a load indicator checks the pressure inside the hydraulic lifting cylinder to calculate the weight on the forks. The load weight is displayed on the screen, and if the forks are overloaded, the operator is alerted by an audible alarm while the screen shows the weight of the load blinking in red. "An additional safety guarantee", stressed the manager, who is expecting delivery of the forklift in mid-December.

What's more, in 2011, EGETRA purchased Bradford as part of its expansion. Among other things, Bradford is a skilled logistics and customs brokerage firm. "Egetra does not simply control the flow of goods from on board vessels, but with its offices abroad and its vast network of agencies, the flow of goods is controlled from any point on the planet. We are truly a global operator," explained Pascal Herry, who compares his role to that of a tour operator, "we are the same except that we deal with merchandise,"  he said. "We opted for the Hyundai and their agent because we were also seeking proper after-sales service once we purchase the truck. Yes, the brand is one thing, but we were also searching for a partner to look after the maintenance, and who would be there no matter what might happen; we made the right choice by choosing a forklift from L2B. The after-sales service is very important when these machines are in use every day," continued the manager.


The 160D-9L from HYUNDAI, one of the latest models in the range

Launched just over a year ago, the heavy and powerful diesel 160D-9L forklift truck with panoramic vision is compact and powerful. With a lifting capacity of 16 tons, this machine is fitted with a high-performance 166 hp (122 kW) 2,300 rpm Cummins QSB6.7 engine which is very fuel efficient.
The phase IV Cummins engine produces ultra low emissions. It uses a diesel oxidation catalyst (DOC) and selective catalytic reduction (SCR) with the addition of AdBlue fluid to ensure compliance with phase IV emissions standards.

The machine is intended for heavy loads and can move large and heavy materials such as raw timber, sawn lumber, containers, products made of concrete, and more. The combination of the DOC and SCR systems reduces down-time and relieves the driver of worry.
The fact that it has a high performance engine provides other advantages, such as improved acceleration, improved slope compaction and faster travelling speed on any kind of difficult or sloping ground.

What's more, the fully automatic ZF gear box and Kessler front axle make the 160D-9L easy to maneuver with very smooth gear-changing. "This was confirmed by the EGETRA drivers who were able to test drive the forklift for two days before they gave their opinion," continued Pascal Herry. The machine is fitted with a hydraulic load detection system. Bosch Rexroth variable cylinder pumps ensure that power is utilised more efficiently, reducing fuel consumption by 5 to 10%, depending on the application.

And driver comfort is equally a feature of the 160D-9L forklift. The new cabin provides excellent panoramic vision and maximum room, providing driver comfort in the work environment. The noise level inside the cabin is also lower. Pedal positions have been reviewed, and the adjustable steering wheel likewise enables the driver to operate the forklift flexibly, while working in optimum conditions of comfort. Comfort that is further enhanced by the ergonomic suspension seat fitted with a weight adjustment system.