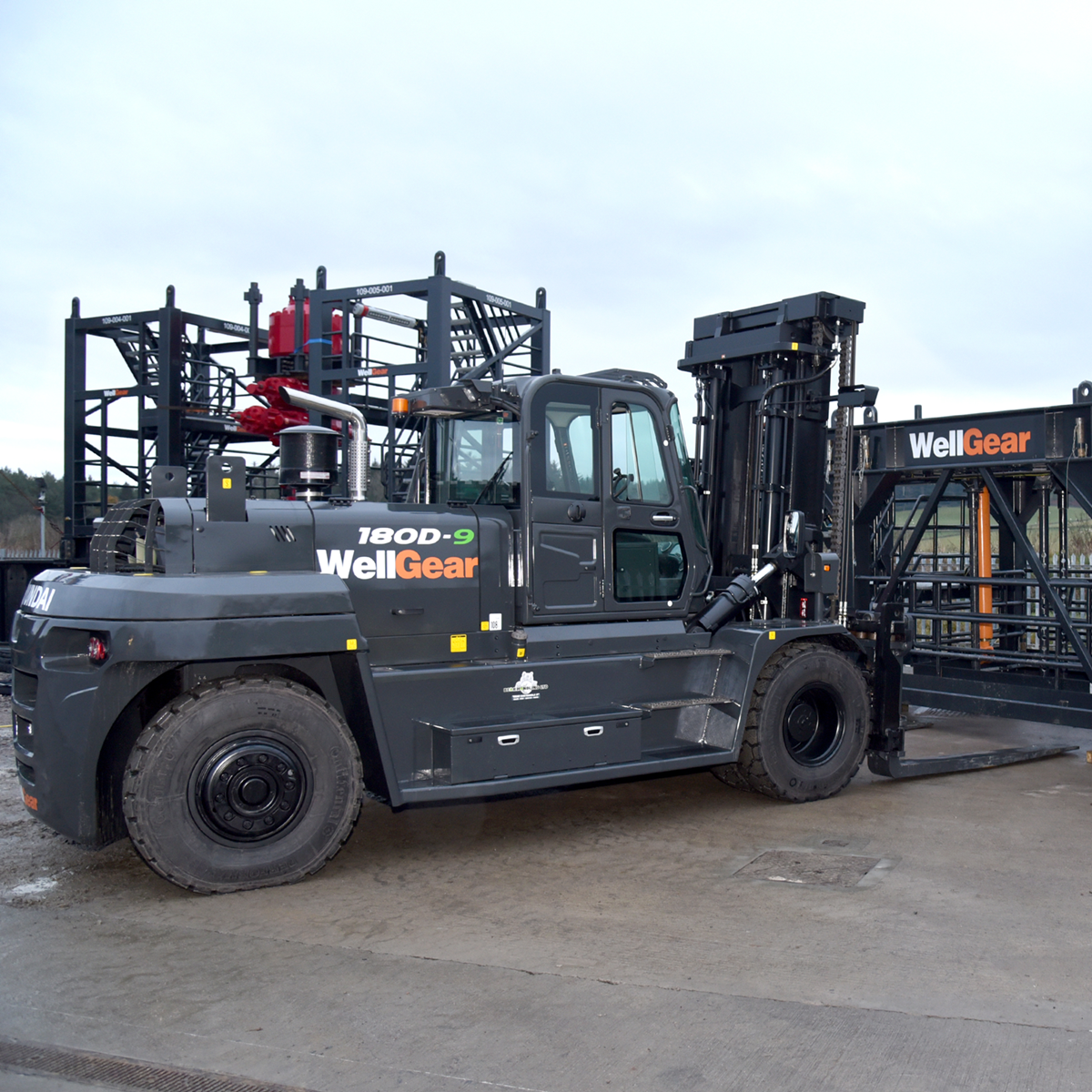 WellGear Group was established by Sigo Tjeerdsma (CEO)  in the Netherlands in 2015 – UK Managing Director, Murdo MacLeod set up the UK division in , Aberdeen in 2016 - this division became operational in 2017. The company specialise in the Oil & Gas well workover, well control , casing recovery and well abandonment  operations - its clients include major blue-chip Oil and Gas companies.

WellGear has experienced rapid expansion and has grown from employing just four staff in 2015 to over 150 in just four years within its Holland and Aberdeen divisions.

Murdo MacLeod, WellGear UK Managing Director spoke about their investment in the Hyundai brand and his dealings with Bear Handling, he said, “We were in the market for a new forklift due to business expansion.  I got word of Bear Handling via a friend of mine who had worked with the company. I went to see John Maclaren at Bear and was impressed at his pragmatic approach and knowledge of the equipment.

Murdo continued, “In the yard John had a 16-tonne Hyundai forktruck (160D-9) which I test drove and was really impressed. John said that Hyundai manufactured a larger 18-tonne model, which I decided would be the right machine for the job, based on the impressive performance on the 16-tonne machine.”

Murdo added, “I liked the compact size of the forklift.  We don’t have particularly high doors on our workshop and the size of the machine was very compact for its weight capacity - we were able to lift 18 tonnes and still get comfortably through our doors.

Some of the competitors’ machines were quite tall in comparison to the Hyundai.  I also liked the spacious cabin and its excellent visibility for the operators – it has practically a 360-degree view.  The rear reversing camera is also very good.  We didn’t require any ‘extra safety features on the machine, as with the Hyundai, they come as standard.”

Murdo joked, “The machine also has air conditioning – but we don’t need that much in Scotland!”


“I was also impressed that we could specify the machine in our company colours directly from the Hyundai factory in South Korea.  From order to delivery was just 12-weeks, which is fantastic considering we ordered a ‘bespoke’ machine.” Added Murdo.

Murdo continued talking about the machine’s performance, he said, “We accept loads in the yard almost every day, so the machine is constantly loading and shifting containers and working on the racks keeping the working areas tidy. It’s on general workshop management for around 12-hours per day.

We have quite a number of heavy lifts to do each day – some up to as much as 16.5 tonne.  Our new forklift is able to lift this capacity with ease and we will use it instead of getting a crane in, which of course, saves us money. The operators who use the machine every day are really pleased with its performance.”

Why choose Hyundai? Murdo explained, “We chose the Hyundai machine because of the quality of build and the machine also represents excellent value for money.  I also thought John’s customer service at Bear Handling was excellent.

Murdo concluded, “The performance of the machine has been excellent to date – it’s reliable and worth every penny we invested. The forklift is also exceptionally fuel efficient in fact it’s a good all-round machine and we are delighted with our investment.”